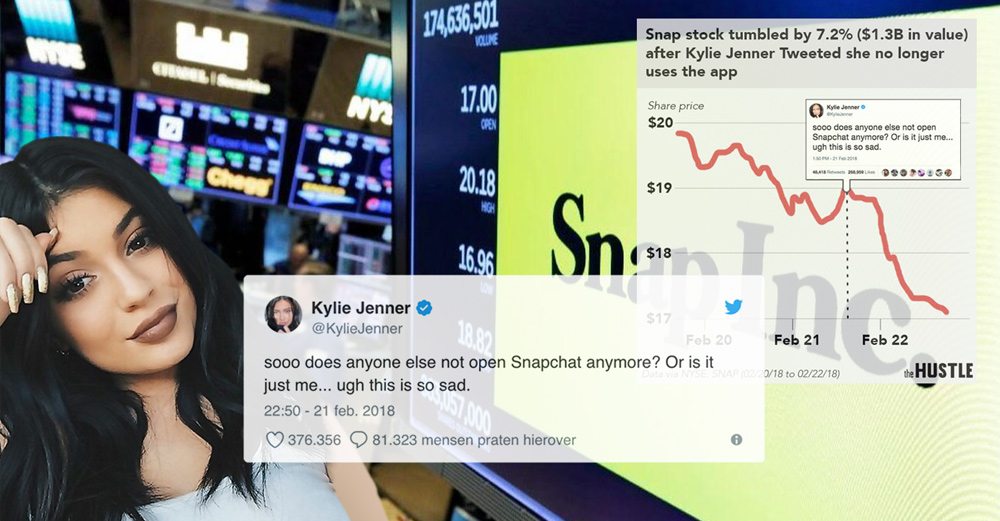 Would the hotel give her a room for free in exchange for an Instagram post? Given her 87,000 followers, fulltime influencer and blogger Elle Darby did not expect a negative reply from a pragmatic hotel owner when she sent him her a-room-for-a-post request. The hotel flat-out refused and even issued a statement saying it would never offer influencers accommodation in exchange for exposure. Darby’s post went viral, but for all the wrong reasons.

The influencer bubble is at a bursting point. It used to be that the number of followers dictated social influencers’ worth to companies or brands. A turnaround in recent times has shifted the focus to the efficiency of these partnerships instead: what impact does the online reach of social media celebrities really have? Does the number of followers positively impact sales or brand image–and is this measurable?

New algorithms for more engagement
Social media and (online) influencers have a symbiotic relationship. An interesting recent development is the change in the algorithms of large social platforms such as YouTube, Twitter, Instagram and Facebook. The algorithms are now adapted to promote more personal content.

YouTube implemented similar changes. In order to make money through Google AdWords, influencers now must have at least 1,000 subscribers–and more importantly, they must have more than 4,000 hours of their content viewed by others within the past 12 months.

Social network Vero surged to popularity recently. The social media platform does not work with algorithms, but instead displays content in chronological order. Unlike most other social networking platforms, Vero’s user stream is ad-free.

Measuring engagement
The impact of traditional media is measured by independent institutes, such as COMSCORE (cross-platform measurement of audiences, advertising and consumer behaviour), SKO (Dutch TV and Online audience measurement service) and NOM (carrying out and reporting Dutch readership figures for daily newspapers and magazines). Influencer reach is measured only by influencers themselves. Who knows if their statements on effective reach and followers are true?

The term CPM (‘cost per mille’ or ‘cost per thousand’) has been around since the dawn of the internet and IPM (‘interactions per mille’) entered our collective consciousness in 2010. These terms reflect measuring methods that do not only take the number of followers into account, but also look at interaction and the level of account engagement. These performance metrics can be difficult to obtain.

Fortunately, different methods have been developed since then to gauge an influencer’s impact before establishing a partnership with them. Fohr Card, for example, allows influencers to share data from platforms such as Instagram. The data that Fohr Card provides includes audience demographics, growth, social network stats and percentage of fake followers. This information enables companies to adopt a more targeted approach to influencer collaboration.

Macro, micro and nano influencers
Better insight through data helps companies make better marketing decisions. Macro influencers have a very wide reach, but many of their followers may fall outside the company’s target audience. As a result, the net may be cast too wide.

The niche focus of these influencers makes partnering with them a logical step for many brands. Long term collaboration with micro or nano influencers often makes more financial sense for brands than investing in the occasional macro influencer post.

From interaction to conversion
Partnering with macro influencers is comparable to an ‘above the line’ advertising campaign and their impact should not be underestimated. However, micro and nano influencers have an undeniable trump card when it comes to targeted campaigns whose aim is to convert followers through engagement with the influencer. This, in fact, is the true essence of influencing: actively impacting the behaviour of followers.

Our aim for the coming year is to foster partnerships with micro and nano influencers and to bring these to the same level of maturity as traditional marketing campaigns. Well-defined measuring standards, long-term collaboration and clear target market definition will help develop successful partnerships that focus on conversion.