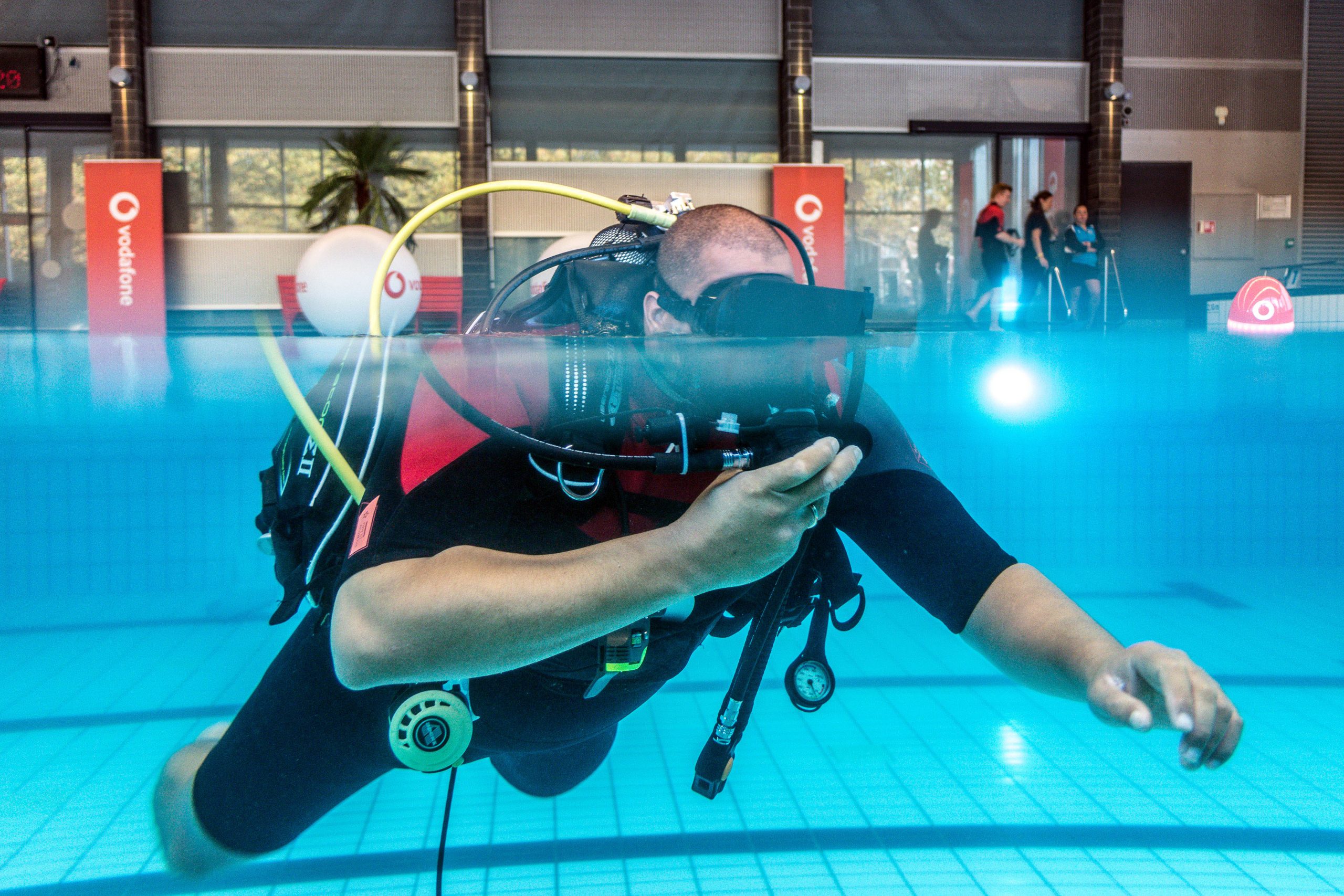 The future is exciting. Ready?

What do telecoms, white sharks and an Amsterdam swimming pool have in common? Not much, upon first impressions. Nevertheless, this formula was at the heart of a notable recent PR campaign.

Vodafone announced some major news in early October: after nine years, the telecom provider was leaving ‘Power to You’ behind, in order to focus on everything that can be achieved with today’s (and tomorrow’s) new technological opportunities, with ‘The Future is Exciting. Ready?’.

The re-branding is a response to the break-neck speed at which society is changing, largely fueled by technological innovations. By delivering the new positioning, Vodafone aims to give the consumer the unique feeling of a new experience, with the aid of technology.

Glasnost was given the challenge to garner maximum attention for Vodafone’s new positioning and to make the brand claim concrete in a creative way, with the aid of Vodafone technology.

Vodafone is an important and leading player in the telecoms market, which means the story of a new positioning is already of interest to trade-related media. The news about the rebranding forms the Message part of our strategic model, the 3Ms. Creating a Moment, the second M, gives this greater depth, makes the message tangible, and makes the story interesting for a wider range of media outlets. The creation of activation and the use of earned, owned and paid media helped establish an integrated campaign.

The starting point of the concept was the creation of a unique experience with local relevance and recognition, made possible by Vodafone’s facilitating role.

Our research showed that many Dutch people would like to swim with sharks one day. The best location for doing that is on the other side of the world: South Africa. This means there are many obstacles for consumers to actually do this. Unfortunately, there are no sharks in the Netherlands.

We gave people from the media, influencers and consumers the opportunity to dive with sharks in a Dutch swimming pool, with the aid of a 360-degree camera and the first waterproof VR headset, while in real-time connection with Shark Alley in South Africa.

In addition to this, we launched a search for the biggest shark fan in the Netherlands, who would play the leading role in the campaign video. This accolade was won by Melvin Smitter from Wormerveer, who has been passionate about white sharks ever since he was a young boy, thanks to the blockbuster Jaws.

This idea threw up many unique technological challenges. The most significant one was establishing the world’s first underwater 4G connection in order to stream the images. Together with our technical partner, a one-of-a-kind buoy was constructed, whereby a coax cable converts a 4G signal into a connection to the headset.

We then brought the only waterproof VR headset in Europe to the Netherlands, which was created by developer Stephen Greenwood, and we optimised the headset for this project.

We had the 360 images for the stream produced in South Africa. For the best and most ethical result, we partnered with White Shark Projects, a research organisation specialised in ecologically responsible cage diving with white sharks, based in Kleinbaai, South Africa.

We deployed an integrated campaign, in which we successfully made use of earned, owned and paid channels. This resulted in coverage in various media, with a cumulative reach of almost 24 million impressions. The social video, with Melvin in the lead role, generated almost 1.7 million views and was used in a wide-reaching online campaign.

It has additionally been proven by research results from GfK that the mix of free publicity, native advertising and owned social media resulted in a 38% increase in brand consideration, and that the brand preference increased by 21%.