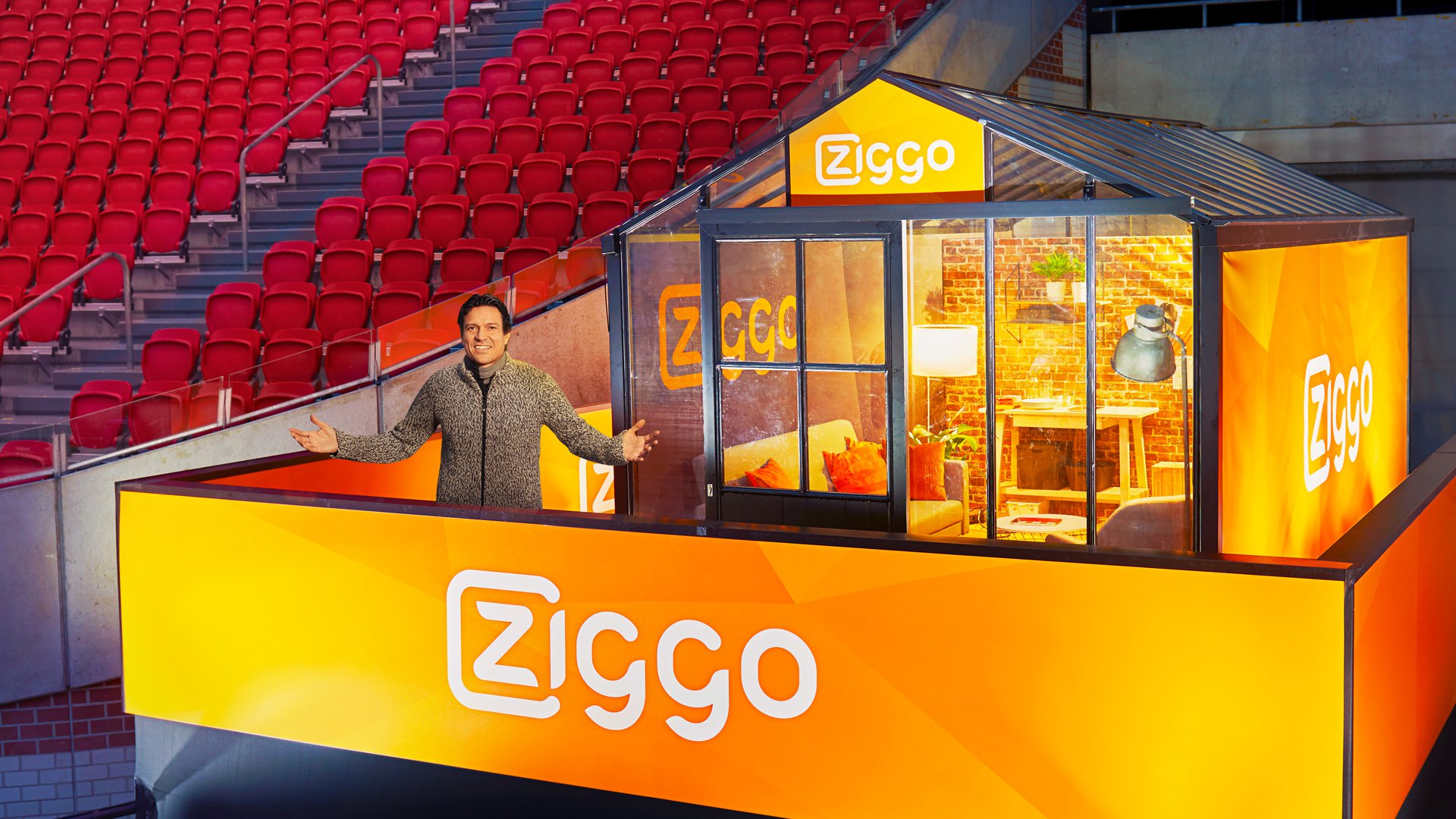 A housemate for Jari

The most epic game in Dutch football is between arch rivals Ajax and Feijenoord. This match, nicknamed De Klassieker (The Classic), is always a fan favourite–and with Ziggo as the main sponsor, a good show is guaranteed. Last year, an overnight stay at the ArenA stadium was offered to a lucky fan, who could watch the game from a tiny house close to the pitch. How could that PR masterpiece be topped? How to incorporate free publicity before, during and after the game, elevate brand preference and instil positive brand sentiment for Ziggo? Leave it to Glasnost and Kumpany.

New game, a new approach perhaps? Only after the tiny house success, Ziggo would like to use the idea a second time. Glasnost suggested adding news value to this recycled idea by having Ajax legend Jari Litmanen return to the ArenA. Fans would be thrilled at the thought of spending time with the man himself, even more so at such an epic time and place. Litmanen replied positively to the invite sent by Ajax CEO Edwin van der Sar, so the game was on. For maximum buzz, the news was revealed in stages.

A month before The Classic was scheduled, a large ad was placed in national newspaper De Telegraaf, saying ‘Ajax legend seeks housemates (m/f). Superb location in Amsterdam, spacious outdoor area with abundant greenery’. No name was mentioned, but dialling the phone number in the ad would lead the caller to a recorded message saying: ‘I’m moving back to Amsterdam for a while. I’ve already found a charming house and have room for housemates’. Even though the speaker did not identify himself, real fans knew: this is Jari Litmanen.

With speculation in full swing, a second teaser is shared with the media and football fans: a video in which Jari Litmanen says he’s done with Finland and wants to come back to the wonderful city of Amsterdam. The next day, a press release about the Ziggo tiny house and the sweepstake is sent to sports, football and national media.

The winners of the sweepstake had the time of their lives during a surprise-filled weekend. They watched the game with Jari from their own balcony, played football with Van der Sar, dined with friends at the Ziggo Dome, got a message from Mr Ajax himself, ex-player Sjaak Swart; the list goes on and on. Extra publicity came in the form of a photoshoot of Litmanen and the sweepstake winners and a mid-game interview with Litmanen on national TV. After the game, the tiny house furniture was auctioned off and the proceeds were donated to the Johan Cruyff Foundation.

The well-thought-out combination of owned media, Ajax social media, PR and paid media resulted in an appealing campaign that reached a large audience beyond Ajax fans only. The campaign solidified Ziggo’s brand position and created a significant amount of publicity throughout the different stages of the campaign (i.e. the ad, the great reveal, the PR surrounding The Classic as well as the auction). Over fifty publications were dedicated to the campaign: in regional media such as AT5, on football and Ajax fan sites such as Soccernews and TV show NOS Studio Sport, in national media (De Telegraaf, Het Parool, RTL, NRC Handelsblad and others) as well as in specialist media like Marketingtribune. The campaign had a cumulative reach of more than 15 million views and a PR value of €220,000.