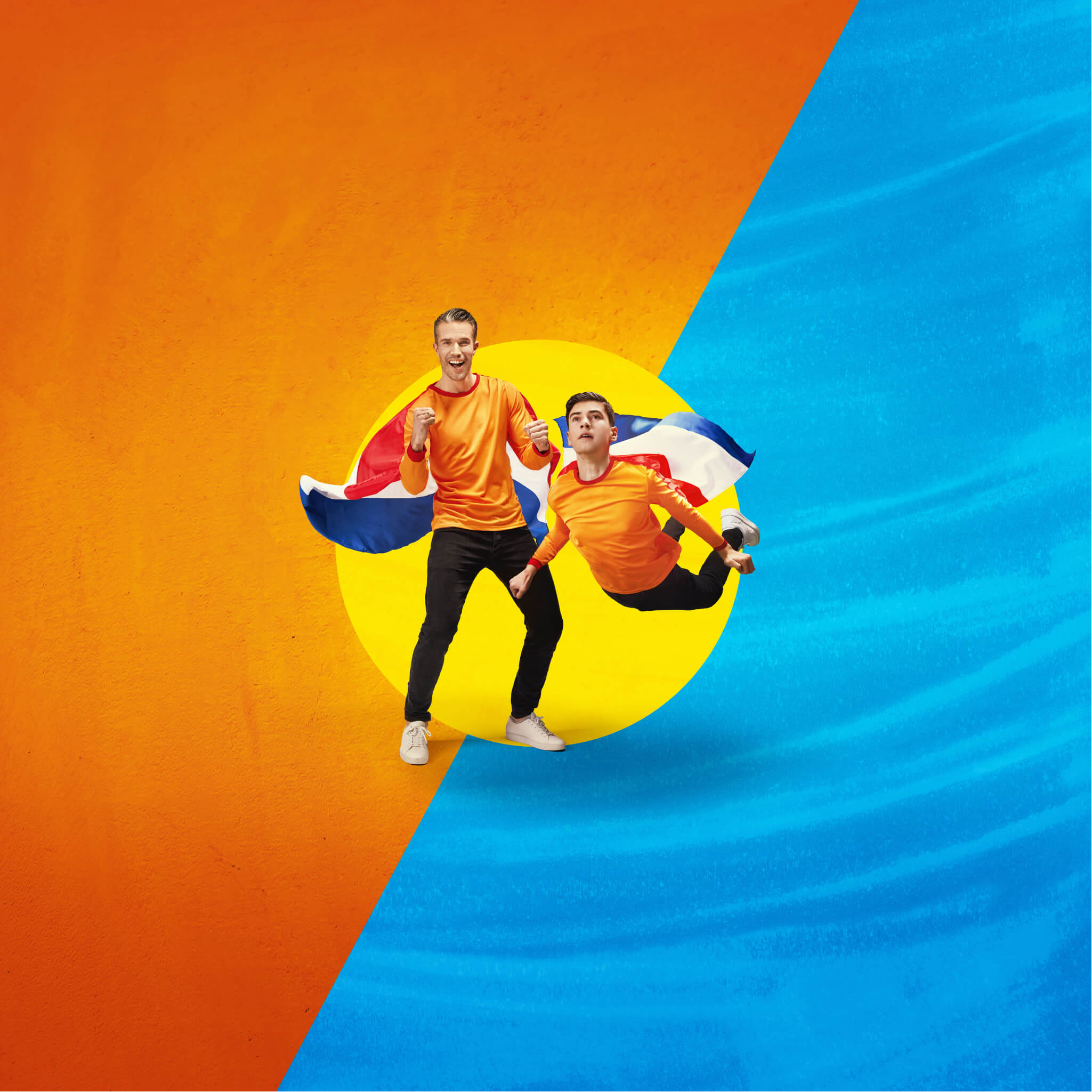 The Lipton Hero shirt with Robin van Persie and son

Lipton produced an orange Hero shirt—with attached red, white and blue cape—for Dutch fans of the 2021 UEFA European Championship. Glasnost was asked to put this Dutch fan gear in the spotlight in a TV commercial and create a PR campaign to make the Lipton Hero shirt stand out in the mass of orange football paraphernalia. 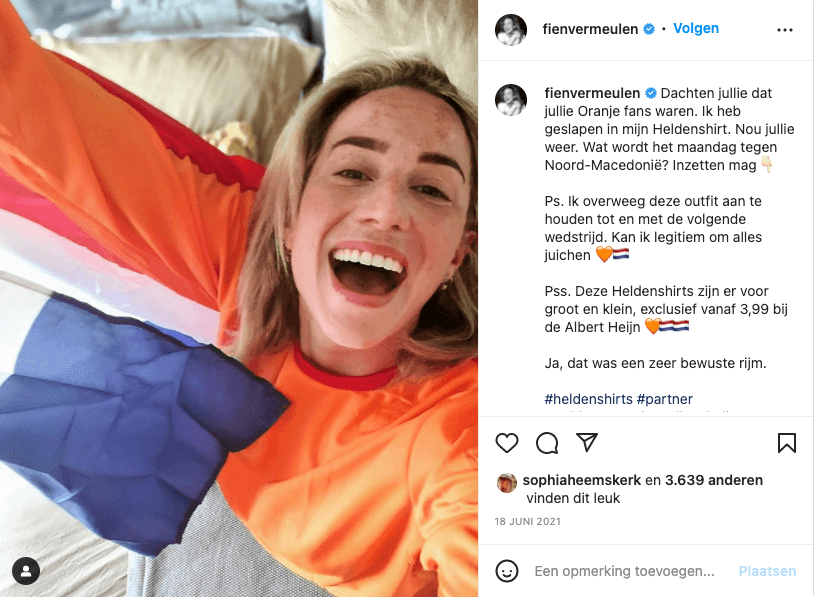 ‘Van Persie is not ruled offside and he lifts his header over the Spanish goalie! What a goal! Level score at 1-1! Spain-the Netherlands 1-1! What a world-class goal!’ Robin van Persie’s diving header goes on to become the most popular goal of Euro 2014 and is memorable in more ways than one. The sensational effort of ‘The Flying Dutchman’ impressed the nation and was crowned the Sporting Moment of the Year 2014. The goal also inspired our campaign for Lipton and we aimed to make Dutch fans cheer on the national team in Lipton Hero shirts. This ultimate fan gadget would enable fans to replicate the legendary diving header in style. 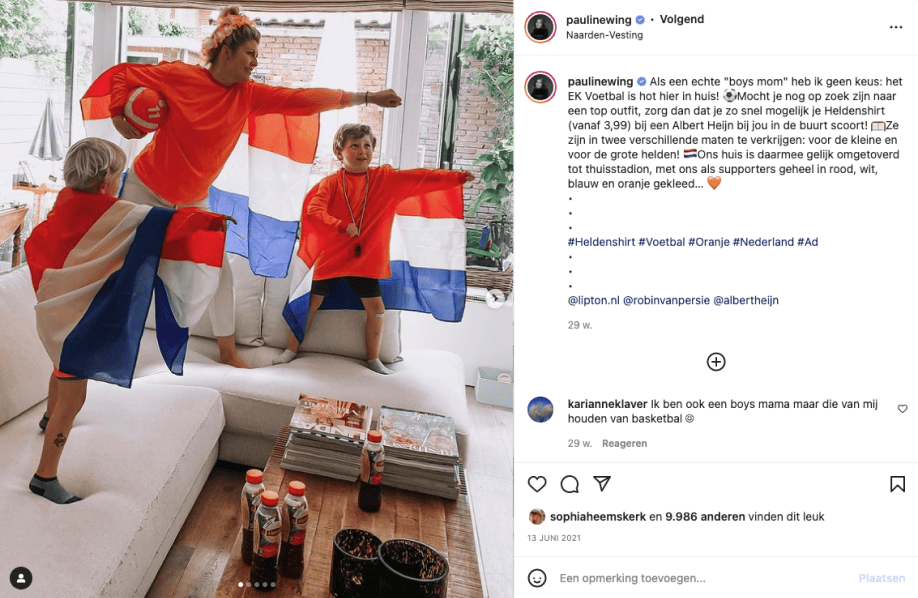 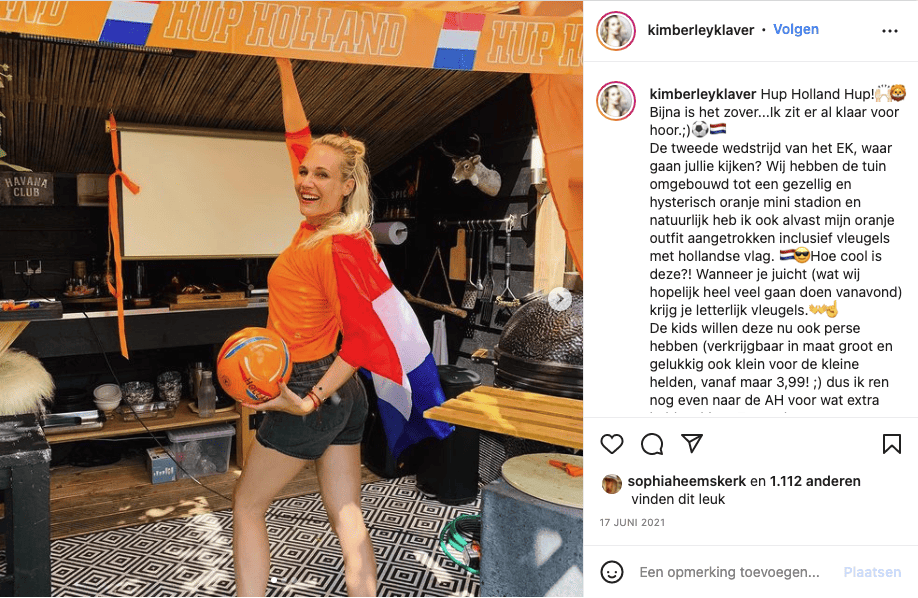 To get Dutch fans roaring in their homes (no full stadiums because of COVID-19), we teamed up with Holy Fools to create a Lipton TV commercial starring Robin and Shaqueel van Persie. In the run-up to the Euro 2021, son Shaqueel re-enacts his father’s famous goal from six years earlier in a supermarket setting.

We used various PR tactics to promote the launch of the Lipton Hero shirt in the whole of the Netherlands. We used 1-on-1 pitches as well as press releases to inform news, lifestyle and MarComm media outlets of the special shirt. In addition, we set up a raffle for Lipton Hero shirts signed by Van Persie. This resulted in publications on, among others, Adformatie, Marketing Tribune, Metro, Volkskrant and EKvoetbal.nl.

Our successful influencer strategy saw results from both earned and paid media. For the influencer PR campaign, we teamed up with Tasty Lemon and had the best Dutch street footballers deliver the whimsical Lipton Euros PR kit to selected influencers. Upon receiving the package with Hero shirts and Lipton drinks, the influencers were challenged to a game of street football, with hilarious content created and posted afterwards.

To spread the word about the Hero shirts on social media, we set up paid partnerships with Pauline Wingelaar, Kimberley Klaver and Fien Vermeulen, who showed their followers how they and their families were cheering for the Dutch team in the run-up to the actual championship. It goes without saying that Robin van Persie himself also published the campaign on Instagram. The paid partnerships resulted in a cumulative reach of 1,414,203.