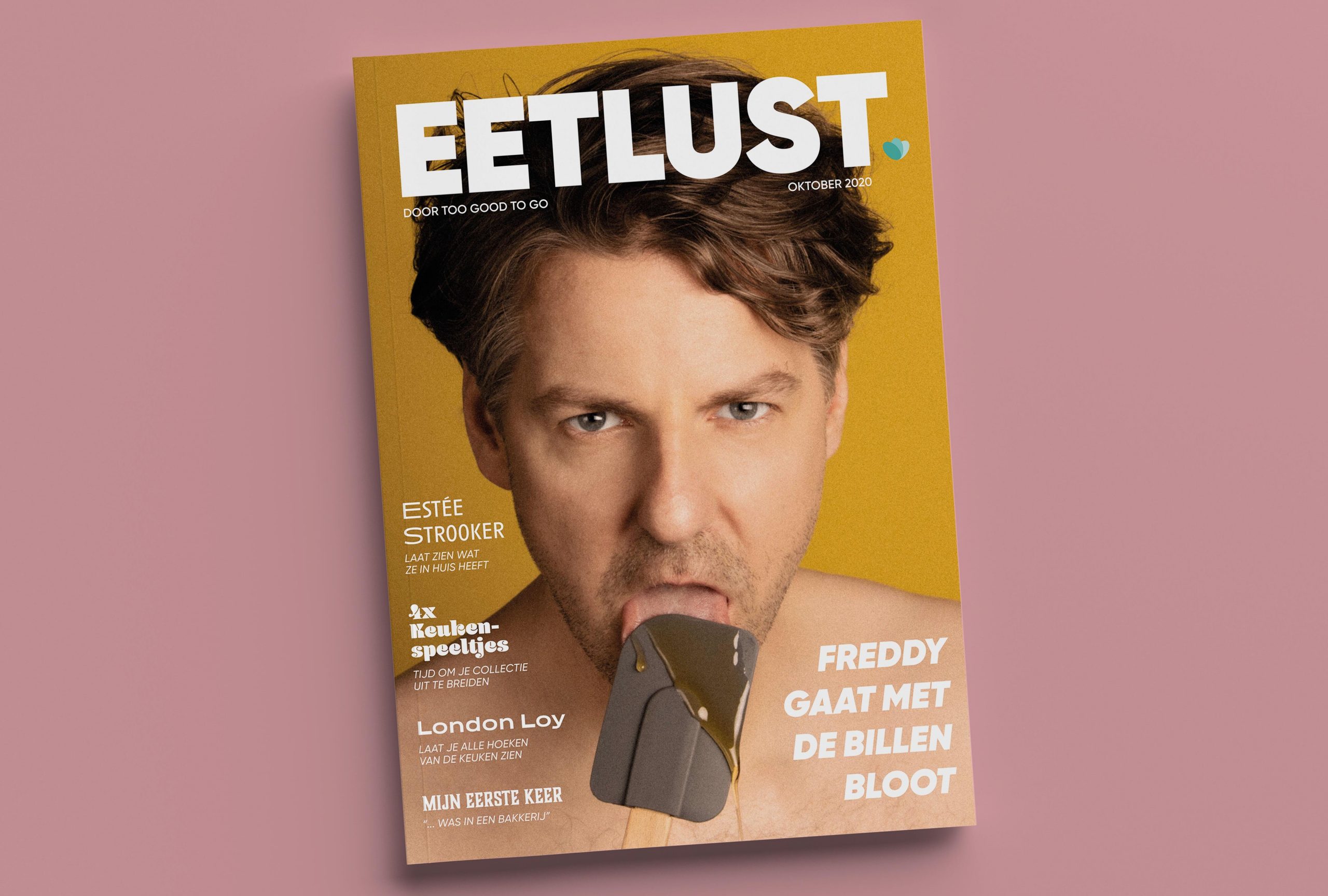 Client
Too Good To Go

Food waste is not exactly the sexiest topic, but it is a very relevant one. In the Netherlands, households still throw out 34 kilos of edible food per person per year. Impact organization Too Good To Go believes that making small changes to our daily habits can make a big difference. In October 2020, the organization launched its free magazine Eetlust (Appetite) in an effort to openly address the issue. The magazine playfully offers solutions for combating food waste, featuring for instance vegetable stems, stalks and ends in saucy poses alongside tempting recipes. A stirring approach, but lacking a surplus of news appeal.

Glasnost was asked to generate publicity for the playful magazine across a wide range of media and influencers. We were faced with the limiting fact that the concept and content of the magazine were fixed and left no room for substantive changes or additions to the magazine. Or did they?

The one thing left to determine was the cover model. That was our golden opportunity to create a strong statement with heaps of PR value. It all depended on finding the right person for the job. We needed a trustworthy and interesting individual with a heart for environmental issues. The choice was easy: Dutch rapper Freddy Tratlehner (Vjeze Fur). Freddy became the face of both the magazine and the Too Good To Go campaign. He also took on the role of the mouthpiece, thereby motivating the media and influencers to publish content about the magazine as well as food waste.

We pitched embargoed interviews with Freddy that were to go live on campaign launch day. National daily Het Algemeen Dagblad and free newspaper Metro were the first media that Freddy talked to about Eetlust and the Too Good To Go mission.

Our goal was to introduce the magazine in a playful yet sensational way. One day before the campaign went live we sent an instagrammable box with a combination lock to many journalists and influencers that were working from home due to COVID-19 restrictions.

Social media channels exploded with the hullabaloo of intrigued influencers who shared their curiosity with their fans. The next day, a personal video message from Freddy revealed the combination code to open the box.

It was a resounding success: the press kit alone created a PR value in excess of € 500,000. Various Lifestyle media were permitted to use recipes in their articles about Eetlust magazine, thus enhancing their own news value as well. Among the magazines that wrote about Eetlust were Elle Eten, Culy and Amazine. 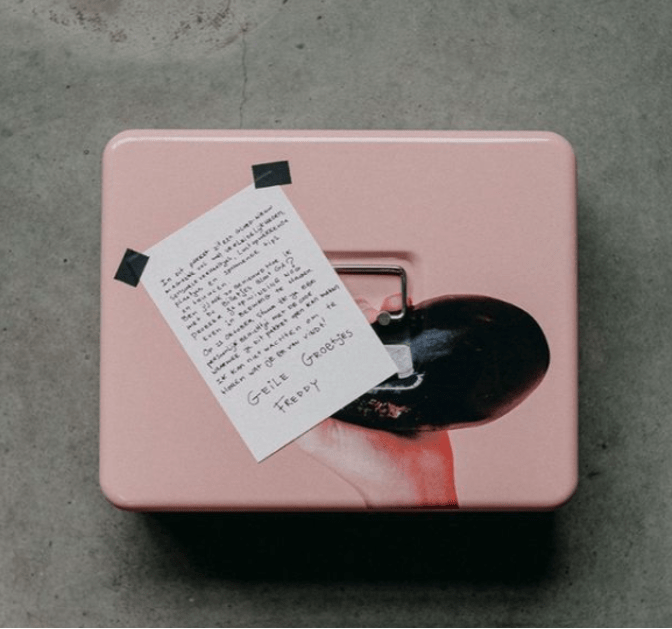 Once the free publicity storm had eased a little, it was the turn of paid influencers to highlight their favourite recipes or article. Their playfully sexy content put food waste on the front page yet again. The influencers were selected not only on reach but also on their fit with the Too Good To Go brand and its purpose. Having a good match is critical for creating impact. 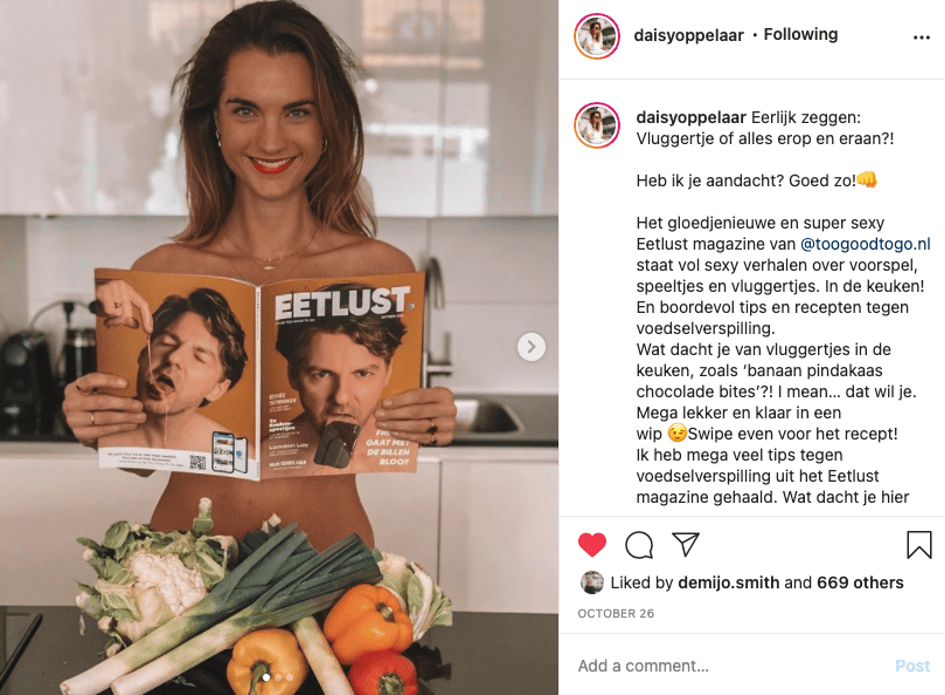 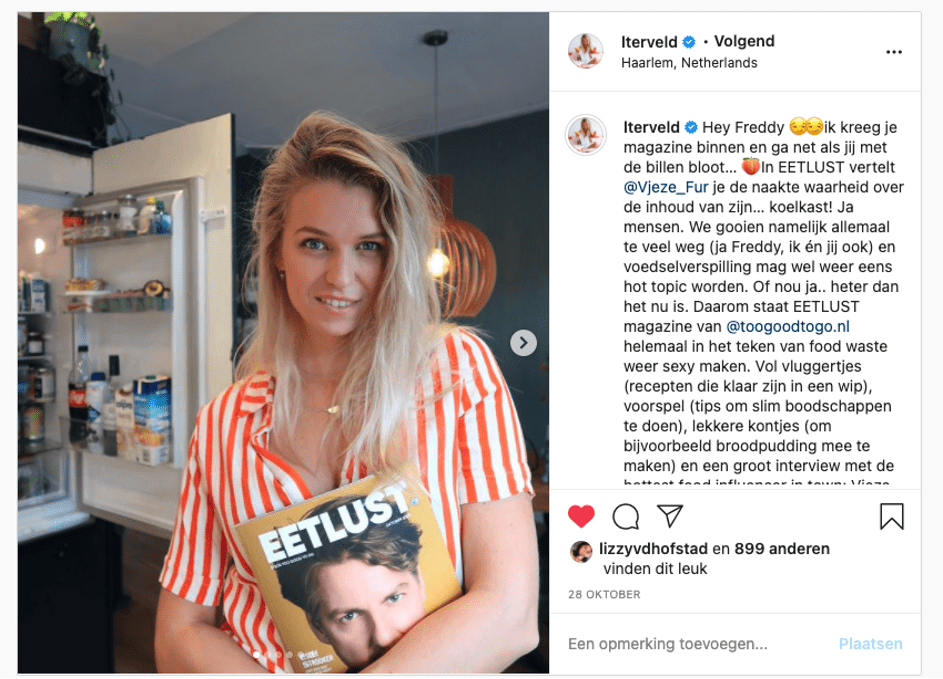 Our phased campaign kept the public focused on Too Good To Go for longer, resulting in a total PR value of €827,865. The paid partnerships with influencers were equally successful and resulted in a CPM rate of €35 on average, with close to 650,000 impressions. That is what we call a good result.

If you would like to know what PR and influencers can do for your brand, contact us right now. Coffee’s on and vodka is chilling.